Assisted living centers are a type of assisted living facility which offers care services for eleven or more people. They have bigger facilities and equipped with basic medical equipments as well as with regular nurses or staff that will assist the patients. The purpose of these living centers is to offer personalized and patient-centered care which will focus on the needs and preferences of an individual. Though these centers have medical staff that will monitor and support the patients, they encourage the family members to be involved. 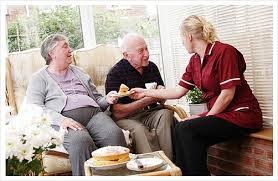 One of the basic needs of any individual is emotional connection which requires a family member’s presence. However, not all assisted living centers have been good with their services. There are many complaints from the residents and the family members. There are those who neglect some needs of the seniors like assistance in going to the bathroom, certain type of food or grooming. To ensure the compliance and to investigate complaints, an inspection is conducted once or twice a year. The Office of the Assisted Living Licensing monitors and regulates all assisted living centers all throughout the country.

The monitoring is usually unannounced to make sure that what they see during the visit is not a result of any preparation. The office can cancel licenses or penalized depending on the result of their investigation. By doing this, they are able to regulate the quality of performance of the assisted living centers. They also keep records and files regarding these centers which are open for public viewing. If you are looking for a good assisted living center for your loved one, you can access the files and ask for guidance and advice. Regulations will help improve the quality and the condition of the residents, but regular and constant evaluation will avoid mistreatment and bad practices of the assisted living centers.

The California Department of Social Services released more than $2 million in fees against assisted living centers throughout the state from 2007 to 2012. But a ProPublica evaluation of department information shows it gathered less than half of that. Indeed, the agency did not wrest any cash from many facilities it hit with the most serious charges. Of the 50 biggest charges evaluated over those years, the evaluation revealed, the department gathered no money in 39 cases. In one example, a service in a tiny Shasta Nation town that was working without a certificate accumulated more than $250,000 in charges and paid none of it. 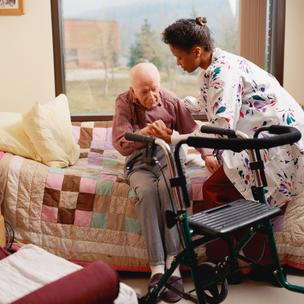 “The fact that the charges were not paid is a concern,” said state Sen. Leland Yee, a Democrat who represents San Francisco and San Mateo County. “The reason we have charges is to prevent individuals from breaking the rules and laws.” ProPublica, as part of its continuous evaluation of the multi-billion dollar assisted living industry, had asked California authorities to generate information outlining their management of the state’s 7,700 assisted living centers, which have thousands of seniors people in their care. The authorities eventually admitted they could not generate basic data about essential factors of the department’s regulating functions. For example, they could not say how many examinations the department performs each year, or how many “unusual incidents” accidents, abuse accusations, medication errors, the facilities report to the state.

The revelations came as state congress, supporters for the seniors and news companies have increased their analysis of the department’s performance. In a case that obtained national advertising, the department did not take immediate action after the owners of a Bay Area facility abandoned its residents, effectively leaving 19 weak or affected seniors to look after themselves. Working without pay or training, a janitor and a cook tried to take care of the residents. While the government manages the elderly care facility industry, it has left management of the assisted living centers to the states, which, over the past two years, have designed a hodge-podge of widely divergent rules.