There is an increasing demand for Long-term Care (LTC) in the country which is estimated to reach 27 million by the year 2050; this is according to a research conducted by the Bipartisan Policy Center. LTC is given to patients with long-term or chronic diseases, mostly seniors who have complications and inability to monitor themselves. There are many existing LTC options offered to seniors like assisted living facilities and retirement homes. They offer around the clock services with equipments to monitor the patients, as needed. However, the senior care cost may be a burden to the patient and their family. 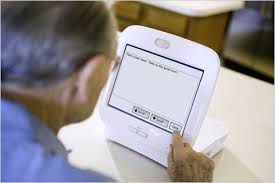 Many researches and programs have been created to find a solution to reduce the cost. The ideal situation is for the senior to stay at their houses, but the lack of equipments may hinder it from happening. According to a separate study, most of the seniors (90%) prefer to stay at their homes. This is why technology is continually being improved to make it affordable and convenient to use. Researchers are now looking for ways to improve the sensor technology where it can remotely detect the vitals and the overall health of the patient. This technology will reduce the cost since the patient will no longer stay long at the hospital for monitoring and check-up. It will likely reduce the patient’s stress in transportation.

The main purpose of the sensor is to alert the hospital whenever the patient is in an emergency; for instance of fire or a fall; but their capabilities are limited. The research makes the sensors more advanced by giving it the ability to detect the real-time health condition of the patient, making it a “smart sensor”. The sensor will send a regular report to the physician as well as an emergency report that detects abrupt changes in the health condition of the patient. Improving the sensor technology will definitely lower the cost of maintenance of long-term senior care. And it will give them a sense of independence and allow them to stay closer to their home and their family.

Ohio tax payers are paying large numbers to nursing homes that don’t succeed to fulfill minimum state specifications for looking after their citizens, falling short of a bar many say is too low. Even three nursing homes on a government watch list for high numbers of inadequacies over long periods, two in Cincinnati and one in Youngstown, met Ohio’s quality measures, which give a passing quality even if a service flunks 75% of state specifications. In all, $12.7 million was invested to take good care of sufferers living in nursing homes that did not achieve at least five of 20 measures for great quality care, according to research for the financial year that ended June 30 from the Ohio Department of Medicaid. Still, less than 1% fell short of that standard, only nine of the 926 nursing homes. One has since closed. None is in central Ohio. 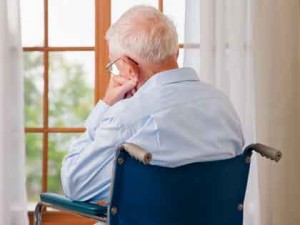 “We’ve got some good signs, but the floor is so low everybody can fulfill those,” said Robert Applebaum, home of the Ohio Long-term Care Research Project at Miami University. He also served on the advisory board that released suggestions to congress for enhancing care. “We need to do a better job of getting rid of bad-quality homes, but we also need to do a better job of reimbursing the high-quality homes.”

Medicaid, which provides coverage of health to poor and impaired Ohioans, will pay for approximately 70% of nursing-home care in the state. On average, the federal-state program includes about 58,200 long-term-care citizens. Last year, in an effort to improve institutional care, the state started demanding features to fulfill at least five of 20 high quality measures to earn a full State Medicaid programs payment, which earnings $165 a day per person. The measures include giving citizens meal options, enabling them to choose when they get up and go to bed and the opportunity to customize their bedrooms. The nine nursing homes unable to fulfill the mark lost 10% of the payment, or nearly $16.50 of the per-resident daily subsidy. Those funds are to be allocated to the more than 900 facilities meeting the standard.