Like the League of Nations, nurses have their own league as well. The National League for Nursing (NLN) is foremost in the development of nurses worldwide. It offers a range of opportunities to nurses, from testing services to research grants. NLN has more than a thousand institutional members under their wing.

It started its operation in 1893 as a subgroup of the American Society of Superintendents of Training Schools for Nurses, and it is the first nursing facility in the United States. Their core values are indicative of their desire to improve the quality of nurses in the country.

NLN takes good care of their nurses so they can take good care of their patients. Promoting health and wellness has come to be a priority with NLN over the years. They see to it that the citizens of America and are healthy and free of any debilitating diseases. Integrity is also an indispensable element in the execution of their duties. They understand that they are not just treating the sick, but they are also setting themselves as moral guides to their patients.

They aim to treat their patients as individuals, too, not just a statistic. For NLN, every patient is unique. NLN strives to achieve excellence in the delivery of their work. They create strategies that enables these nurses to connect with their patients in a more personal way. These are the values that NLN have since its birth more than a century ago. Caring for the sick, establishing integrity with their patients, promoting excellence at work, with the understanding that every patient has its own peculiar need, makes NLN instrumental in the development of nursing education. NLN plays a key role of building diversity in the nursing field. They help educate our nurses with the goal of making them as an integral piece for a healthy nation.

Between 5.6 and 8 million, nearly one in five elderly people in America suffer from at least one illness impacting psychological wellness, according to an escalating report released last year by the Institute of Medicine. Among these devastating cognitive/emotional conditions is Alzheimer’s, a study often associated with multiple physical problems and psycho/social co-morbidities that occur during a period of life transition  Today, however, too few medical professionals, nursing staff included, are effectively equipped to handle the unique difficulties of looking after for this weak, insecure population, one bound to grow as Baby Boomers age. 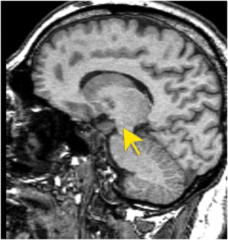 Related models, also to be developed as part of the new project, will provide staff with classroom-ready templates for training and guidelines for developing new knowledge into the core program. In addition, the unfolding situation research and relevant models will emphasize complex medical care situations experienced by Alzheimer’s disease sufferers and their families, introducing learners with opportunities to think and act in ‘real time,’ using evidence-based medical evaluation and involvement techniques. “By adding specific program sources for training about proper care for sufferers with Alzheimer’s and their care providers, the National League for Nursing will be an important resource for staff to train learners in recovery, wellness promotion, medical care and public service recommendation for the specific care for elderly people with mental problems, specifically Alzheimer’s,” stated National League for Nursing chief executive Judith A. Halstead, PhD, RN, FAAN, ANEF.