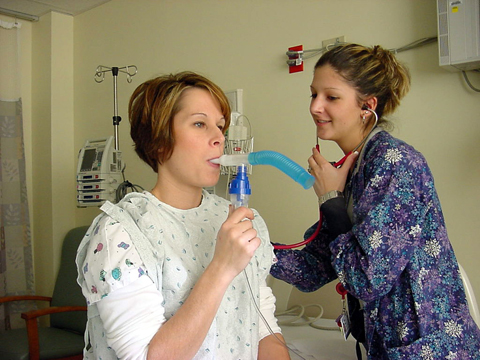 A new study finds that the respiratory therapists can help improve the detection rate of people with Alpha-1 Antitrypsin Deficiency. The year-long study aimed at detecting people with Alpha-1 referred for testing by RTs and the genotype distribution of referred people found to have Alpha-1. The study authors hypothesized that trained RTs could promote Alpha-1 testing, and in doing so, improve detection of those affected in the course of their routine practices.

The study also considered that RTs can be at the front line of care for patients in pulmonary laboratories, rehabilitation, and post-acute settings, where they are in a position to see and recommend testing for at-risk patients. They reasoned that because many patients with chronic obstructive pulmonary disease (COPD) see healthcare providers other than pulmonologists and RTs have been shown to effectively participate in diagnosing patients with Alpha-1, the RTs could help identify previously unrecognized patients with Alpha-1-related COPD.

Coupled with the availability of free, confidential, at-home testing for Alpha-1 through the Alpha-1 Coded Testing (ACT) Study,  there was an opportunity to assess whether trained RTs referred COPD patients for Alpha-1 testing and determine the yield of identification by RTs of those who are severely alpha-1 antitrypsin deficient. Outcome measures include the number of trained RTs and the rate at which trained RTs recommended Alpha-1 testing to their patients, as well as the rate at which such tested patients were found to have Alpha-1.

The main findings show that RT education programs that instruct RTs regarding Alpha-1 diagnosis and management were more widely used in the first year of implementation than those who did not receive such training, and that, despite only a small number of submitted specimens over the years of study, the yield of detecting individuals with severe Alpha-1 antitrypsin deficiency was 3.2% higher than in many previously reported targeted detection studies. In addition, the yield of detecting MZ individuals was very high, at 24.2%.

The authors behind the study concluded that, to the extent, the rate of detecting severely alpha-1 antitrypsin deficient patients here exceeds that in prior reports of targeted testing, the findings support the idea that respiratory therapists play important roles in improving detection of people with Alpha-1, and that training RTs is an effective measure to enhance Alpha-1 detection.

The LPN to RN on the internet degree programs have been designed for professionals who have legitimate licensure as certified practical nursing staff. LPN to RN on the internet programs are available at the associate’s and bachelor’s degree and can take one to two years to finish. In order to be eligible for a registration, the student will need to have completed a determined amount of clinical hours, monitored in a medical facility. A student who is registered in this system will finish the majority of their RN classes on the internet; however, some in class time will also be required. Through school web servers, the student can access live or documented lessons, finish projects and get involved in class conversations. 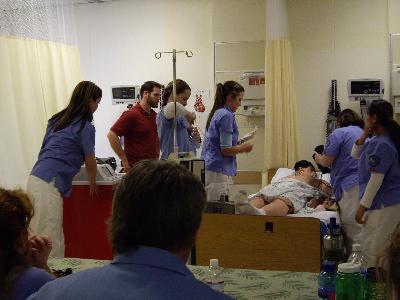 A student will utilize webcams and other tools to enhance class conversations and to observe certain methods. Many educational institutions will also require that a student meet on campus for the clinical portion of this method. LPN to RN classes on the web are based on the student’s general knowledge of the nursing industry and the practical knowledge they have obtained while working in it. A student will research specific subjects and issues in medical care and nursing and will also examine the role and responsibility of the nurse.

RN classes on behavior health will allow a student to become familiar with diseases that can be a result of an individual’s social and emotional wellness. Learners will discuss the methods that are used to identify disease symptoms and will also research the methods for advertising a healthier lifestyle. The family medicine class will provide students with a look at the skills that are needed for providing medical care to families. Patient assessment and evaluation will be the primary focus for this course and students will learn hands on how to take vital signs, provide shots and how to perfectly document the condition of the patient.

If you’re enthusiastic about becoming qualified as an EMT or a paramedic, then paramedic training online is one thing which you may want to discover. Online educational institutions for EMT and paramedic training offer much of the training and learning necessary to prepare potential paramedics and EMT to sit for the state examinations of paramedic certification.

There are web based programs available which are designed towards preparing learners to become EMT – Basic licensing as well as advanced degree programs for those who are looking to relocate to the next stage in their emergency healthcare profession. And there are online paramedic programs for EMTs who are ready to move forward. Paramedics are required to have a much more advanced degree, since they are qualified to manage more specific life assistance and first aid methods than EMTs. 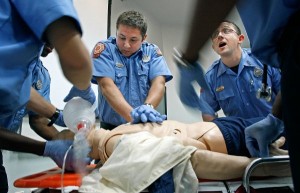 What you will find in an online paramedic course is video and audio components, as well as published course content and design which offer the information needed to prepare learners for their paramedic or EMT licensing examinations. You’ll learn healthcare conditions, basic life support and first aid methods. Other subjects which may be covered in an on the internet course include training in CPR, how to manage breathing, using a radio to connect with emergency vehicle dispatchers and medical centers and the appropriate use of backboards, traction devices and other equipment used in emergency care.

While an online paramedic training course will offer significant amounts of information which are necessary to the responsibilities of an EMT or paramedic, there are still some things which cannot be found from an online course. It is not possible to fulfill all of the specifications for state licensing as an EMT or paramedic from an online course alone, or even a conventional educational setting based course, for that matter. Emergency healthcare specialists and paramedics must also complete a certain number of hours of practical training. In the case of a paramedic, this contains both work in a medical center or other medical settings, as well as a certain period of time working in an ambulance.

For a lot of students, where they attend college is less a problem, because there is an increasing number of distance learning possibilities in the country. Students can reside in their home town while finishing degree programs offered through online classes and internet-based training. “Classes on the web are convenient for those who wish to continue their education but do not want to travel. We are also discovering that on-campus students go ahead and take classes because they can fit it to their schedule.” stated Peg Wherry, the director of on the internet and distance education at Montana State College in Bozeman.

Wherry stated that online choices are more visible, particularly due to advertising in the for-profit schools, but she encourages students to appear toward our state schools to have an excellent education in a better cost. “Traditional institutions try to achieve the same quality (of education) online,” she stated. The only real difference is where and how you are taking the degree. “Money is a big problem,” stated Joleen Martinich, who’s going after a diploma in education with the satellite program from MSU-Northern while residing in Great Falls. “I really like having the ability to stay here and live in your own home.” She attends classes at MSU-Great Falls College of Technology four nights each week, trained by adjunct professors who’re local instructors throughout the day. Martinich values the standard from the education without needing to attend the campus in Havre.

”I feel like we’ve much more of a benefit because we are with instructors who’re teaching now,” she stated. The instructors share common encounters, which Martinich thinks provides them a distinctive understanding of the profession. Aside from the nightly training, Martinich stated, “You will find a couple of classes on the web I must take.” This enables her to carry on work, live frugally, and graduate by December 2013 without any debt. These are some reasons why distance learning is ideal to some students.